I was wandering past the Datto booth at SMB Nation and stopped to chat with Shannon Kohn, the Director of Marketing and Channel Relations. She invited me to watch them blow things up. We recorded a brief podcast.

Find out more about Datto at www.dattobackup.com.

After that, they did in fact destroy a machine. Here’s Shannon’s report:

The Datto team had a strong showing at the “Back to the Future” themed SMB Nation Fall event. As a Gold Sponsor, Datto was given a breakout session on Saturday that many attendees showed up for. The breakout, titled ‘Datto’s LIVE Disaster Demo’, was an interactive hardware destruction session that showcased their flagship business continuity solution, SIRIS. The Datto team put SIRIS to the test, performing both an instant local virtualization and an instant off-site virtualization in Datto’s cloud, right before the attendees eyes.

To make it clear that this was not just an act, Datto let audience members participate in the destruction of the computer hardware and the SIRIS device. Datto concluded the presentation by speaking to the importance of business continuity for SMBs and the benefits of implementing solutions that save companies from experiencing costly downtime. 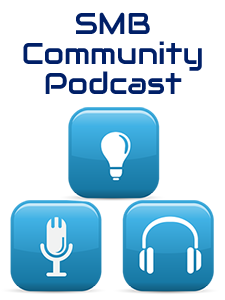 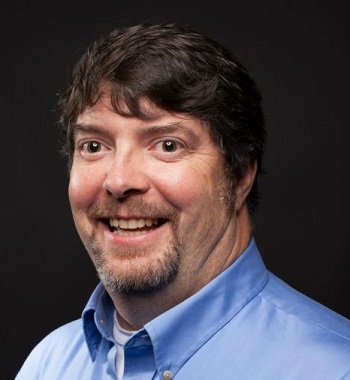 In this SMB Community Podcast, I am joined by Justin Esgar. He runs an MSP business in New York City called Virtua Computers. They focus primarily on Apple computers. Justin runs a conference called ACES that will be held in Baltimore, MD May 9-10, 2018. More information at http://www.acesconf.com/karl. The ACES conference evolved because Justin realized that…

This article was originally posted January 19, 2012 on Cloud Services Roundtable This program was recorded and is posted here.   Dave Sobel Joins Level Platforms Podcast posted – A free-flowing discussion with Dave Sobel.   I caught up with Dave this week while he is in London, in a sweet little flat he rents by…

I was very pleased to catch up with Amy Babinchak – One of the new hosts for this podcast – and talk about employee training. This podcast grew out of a series of private emails we exchanged, which grew from an unrelated topic. Here Amy spells out how she helps employees gain knowledge on new…